Does Anesthesia affect the neurological conditions? 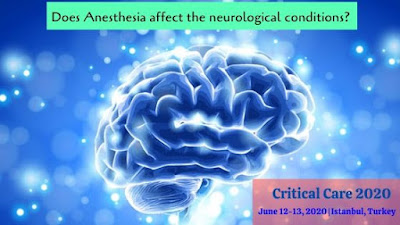 Anesthesia is typically deliberated safely induce a reversible brain condition allowing the enactment of surgery under optimal circumstances. Specific physiological condition states that comprise general anesthesia, specifically lack of pain perception, unconsciousness, amnesia and lack of movement. An increasing the no of clinical observations, proposes that anaesthetic drugs are administered at the certain age of  which triggers the long-term functional as well as morphological alterations within the brain. General anesthetics have a more widespread effect on the brain by inducing sleep, suggests a new study that might result in improved drugs to be used in surgery.  Drug cause the synaptic release, which may be a mechanism through which nerve cells, or neurons, communicate with each other. Cognitive deficits results are obtained, but the information suggests that multiple, shorter duration exposures to anesthesia during susceptible periods cause substantial impairments in neurocogni…
Post a Comment
Read more

Do anesthetics endure the operation for life? 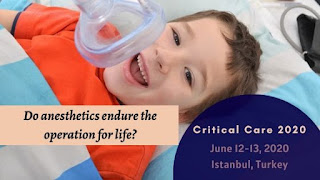 Paediatric anaesthesia ensures infants, neonates, kids and children receive a safer anesthesia that keeps them comfortable during surgical and diagnostic procedures. The term safe use of anesthesia, as it is ill-defined and also potentially misleading. It implies that specific combinations of anesthetic agents may cause harm in early childhood and are primarily responsible for poor long-term neurological outcomes following surgery in young children. Certainly, improvement in the ability of pediatric surgeons to manage congenital conditions of new-borns has been dramatic. The growth in neonates has been broad and deep including such elements as increased knowledge of the development of the central nervous system, an understanding of the development of respiratory control, new insights on psycho social development, and a deeper understanding of cardiovascular physiology. Recognition of the stress response in infants undergoing surgical procedures and the increase in morbidity and mortal…
Post a Comment
Read more